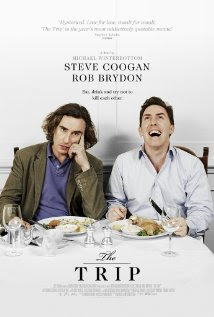 Story of The Film (The Trip 2011) : The Trip (2011) Movie, When Steve Coogan is asked by The Observer to tour the country"s finest restaurants, he envisions it as the perfect getaway with his beautiful girlfriend.
OR
The Trip (2011) : Steve Coogan and Rob Brydon, the stars of the 2005 comedy Tristram Shandy, reunite with director Michael Winterbottom for this mockumentary about a pair of actors - handily named Steve and Rob - who embark on a foodie road trip across England. Mostly improvised and highlighting the duo"s penchant for dueling impressions of famous actors, the film follows them as they test their friendship while sampling the best restaurants in Northern England. Watch The Trip (2011) Movie at www.starmovieslinks.com

The Trip (2011) Film Actor and Actress or there Characters